How A Boarding School in Indonesia Generated a Global Jihad

We know that specific institutions have on many occasions been the generator for producing radicalised individuals who go onto commit terrorists attacks. Another such institution based in Indonesia which has generated militants from Indonesia to Syria, has been the Ibnu Mas’ud boarding school where Muslim students are provided with boarding facilities, food and religious education.

Ibnu Mas‘ud is one of about 30,000 Islamic boarding schools, or ‘pesantren’, across Indonesia. Many of these ‘pesantren’ provide much needed care and basic items for young people though Indonesian officials admit that a handful have generated young people who have actively been involved in terrorism and in the promulgation of extremism.

The chart below shows the radical alumni that have graduated from Ibnu Mas’ud. These radical alumni took two routes, one to set up local bases in Indonesia, with a second batch moving onto fighting with Daesh or the Islamic State.

The radical alumni include individuals present in the Aceh training camp for Indonesian militants which was commanded by an individual called Dulmatin. Implicated in the Bali bombings that killed 202 people, Dulmatin had a bounty of $10 million on his head. Fearing an attack from militants in the Aceh camp against Government buildings and assets, a Government raid was conducted in 2010, leading to the capture of a number of militants who had studied at Ibnu Mas’ud. These included:

Graduates of Ibnu Mas’ud who went onto fight for the Islamic State included:

The Indonesian Government increasingly realises the internal threat to its own population and to the stability of the country by radical and extremist preachers and institutions. The fact that Indonesia remains a possible staging post for such militants to export young men for a global Jihad, will no doubt remain on the minds of Indonesian officials. 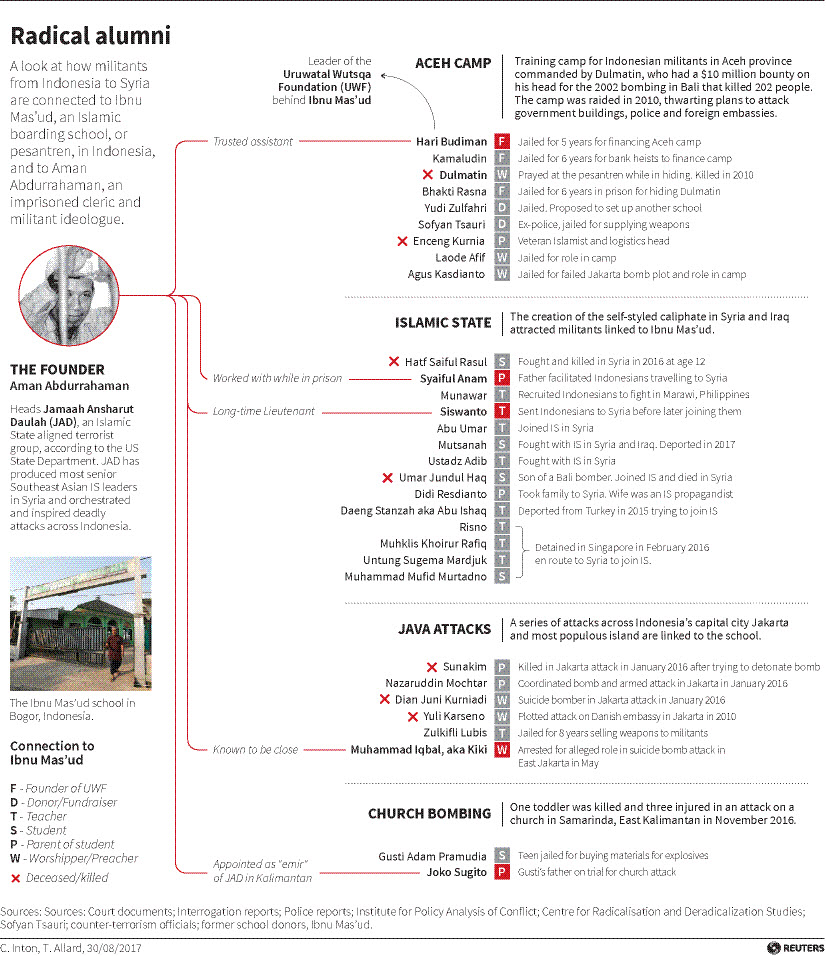