In recent years, there’s been a significant rise in homophobic hate crime in the UK. According to the latest figures in fact, one in four members of the LGBTQI community have been victim to hate crime as a result of their sexual orientation.

As with any form of hate crime, the emotional, psychological and physical effects of such harassment are harrowing. However, homophobic attitudes do not simply manifest themselves in verbally and physically abusive attacks by strangers on the street.

They are of course the end of the line of a spectrum of homophobic views which are evident in the discriminatory behaviour and social attitudes of non-LGBTQI peers. And as documented by the NHS, homophobic discrimination and bullying can (and does) lead to poor mental health amongst members of the LGBTQI community. This can include depression and even suicidal thoughts.

Gay or Muslim: An invented dichotomy

You see, as soon as the words “gay”, “LGBT”, “lesbian” or “homosexual” enter into the conversation, many Muslims will sit up in a certain panicked gaze. For the created dichotomy of Muslim or gay is the “norm” in many circles. They may shout: “You can’t be Muslim and gay!” and feel this is totally appropriate and “correct”. For such people, if you are gay then you are “not Muslim”. Now, I’m not discussing the intricate details of fiqh, Islamic law, history and Qur’anic interpretation in regards to sexual identity (I’m not a scholar and in-depth unbiased scholarship is in fact already lacking in this issue). Instead, I’m highlighting the harmful social attitudes prevalent within the Muslim community and the way that LGBTQI Muslims are in most cases denied the right to “mainstream” community life. In explicit terms, the LGBTQI community at large is denied the right to simply stand as Muslim and gay.

Whether or not you see homosexuality as “haram” (sinful), let’s just acknowledge the fact that you do not often see the same exclusionary and judgemental behaviour towards Muslims who drink, gamble or commit adultery. Such takfiri judgement (declaring someone to be non-Muslim) seems to be almost exclusively reserved for people who are deemed “too different” and who engage in beliefs and practices far from the “normalised” notion of what “Islam” is and what is “compatible” with such “Islam” (note that there is no one “Islam” – Islam is diverse in scholarly tradition and history). This is exactly the same kind of takfiri behaviour we see in relation to Muslims outside the Sunni majority within certain circles and with certain individuals.

Within many Muslim circles, there is little/no room for basic tolerance of the LGBTQI community as Muslim. This does therefore not extend to acceptance (and logically neither agreement) of belief in regards to how they practice their faith and accept/live their sexuality. 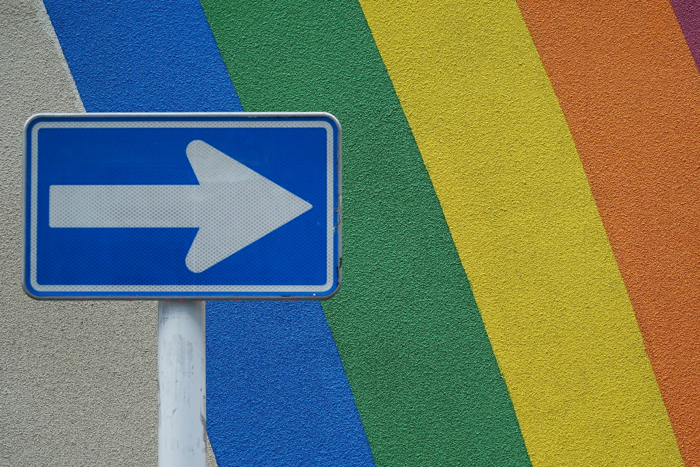 What am I basing this on? Well this is not simply a reflection of a range of social experiences both within LGBTQI friendly and “mainstream” circles I have witnessed and lived but also the self-profession of non-queer Muslims themselves.

Back in 2016 for example, a survey undertaken for a Channel 4 documentary found that half of all British Muslims believe that homosexuality should be illegal. Even more shocking than this disregard for diversity of opinion and practice is the fact that almost 50% of participants also stated that they did not believe it was acceptable for a member of the LGBTQI community to work as a teacher.

It has of course been noted that similar views would also be expressed from members of other (orthodox traditions) and whilst that is undoubtedly true, I have also witnessed for myself the range of LGBTQI friendly spaces within the Christian and Jewish communities. Yet there are sadly few such examples within the British or global Muslim community. Social attitudes which demonise members of the LGBTQI community are prevalent in many Muslim circles.

Organisations such as Imaan – Europe’s largest organisation working to support LGBTQI Muslims – make up a very small body of organisations who work to tackle the issues faced by the LGBTQI Muslim community and offer a safe space of tolerance and belonging. Imaan for example is not generally welcomed within the wider Muslim community and that’s the major indicative point here of the reality faced by the Muslim LGBTQI community.

The issues at hand and consequence are real, complex and wide-ranging for the victims. They include the denial of basic freedoms/rights and extend to explicit abuse, ranging from stigma and taboo – with the takfiri notions of “he/she is not Muslim” – to even violent attacks.

Not only are many denied the right to acceptance – or at least a sense of tolerance or diversity – but also the right to join a community, to pray in congregation, to be loved, accepted and even enjoin in the right to family and to life.

Sons and daughters who bravely “come out” to their families or who are “exposed”, instead of acceptance and love (even more so tolerance) face family rejection. They are often simply disowned with many facing verbal or physical abuse. They may even pushed into marriage and at worst become victims of an honour killing as Peter Tatchell of The Peter Tatchell Foundation explains:

“…LGBT Muslims are some of the most victimised people in Britain today. While not all Muslims are homophobic, a disproportionate number LGBT Muslims are pushed out of their homes by their families, ostracised by their communities and banned from worshipping at their mosque… We had reported to us a case of a gay Muslim man from the Midlands who was lured back to Pakistan on the pretext of a family reunion. When he got there he was hacked to death for being gay.”

We can clearly see that there is a real problem here ranging with non-tolerance at the very bottom of the scale, to violent murder at the very far end. 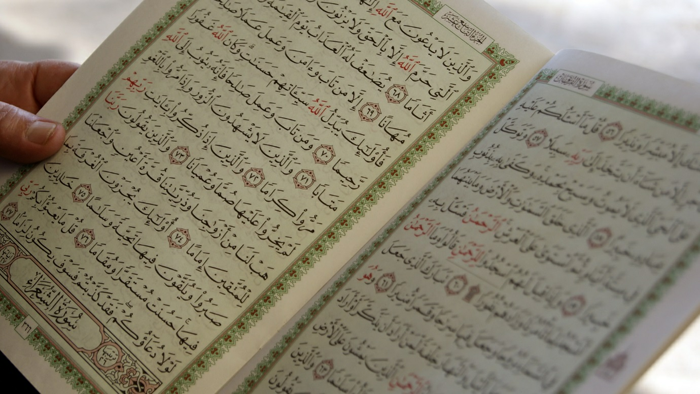 There are two issues at hand first. Firstly, no matter your beliefs, such abhorrent violent behaviour is morally repugnant. Everyone has the right to practice their faith, to live safely and to be free from abuse.

Secondly, the other issue which has so far been ignored by a large segment of the Muslim community is that of accepting sexual diversity – not merely condemning street-based attacks and even murder. Given how crucial sexuality is to human identity and one’s emotional and psychological wellbeing, we need to actively engage in discourse on sexual diversity – examining the Qur’an and hadith and Islamic history.

In a previous interview with Islamic feminist and scholar Dr Amina Wadud, Dr Wadud informed me about her latest piece of key research on sexual diversity in Islam and why such work is so crucial:

“I believe that certain things are outdated and we need to figure out how to address them succinctly and not to defer to past – even intellectual – engagements as if the matter is closed… We have growing diversities in our community and… whenever I describe the research project I always say sexual diversity and human dignity… I want to bring the conversation to hopefully a more nuanced way and just make it possible for us to open up to have some genuine conversations.”

Having genuine conversations is such a seemingly small yet massive step for our community. This indeed is exactly the kind of work we need and I for one welcome such scholarship, discussion and engagement.

Indeed, the time has come. Enough is enough. We cannot ignore the needs of our brothers and sisters of faith within the LGBTQI community. It’s time we stepped out into the open and spoke about this crucial issue. Sexuality should not be a taboo. It’s a reality. I therefore call on faith leaders to welcome Muslims of all backgrounds – regardless of sexual identity, gender, ethnicity, age or religious “sect” – into their mosque. Allah Almighty is the Creator and Allah is our judge, not us.

To start with, I recommend the training provided by Faith and Belief Forum. For non-faith leaders, I advise getting to know the people who are so often stigmatised and hear about their experiences, their realities and their needs. By simply standing with them, we can start to break this outdated, closeted, ill-informed taboo.

By Elizabeth Arif-Fear, Founder of Voice of Salam