We have written before on many occasions about Imam Muhammad Yasir Ayub. His abuse against the small but beleaguered Ahmadi Muslim community in the U.K. has been documented by us, as we have also done so regarding his anti-Shia rants.

However, one would assume that he may have changed his mind over the last year, but it seems that his intolerance for Ahmadi Muslims continues and his recent posting once again called them ‘Kafirs’ – a deeply loaded and derogatory term that has been associated in many countries with attacks against people of other beliefs.

Ayub preaches in several mosques, including in Nottingham and Manchester. We ask, how can this man, with views like this, continue to have access to audiences which are promoting sectarianism, hatred and division?

(Note: ‘Qadiyanis’ is a derogatory term to describe the Ahmadi community). 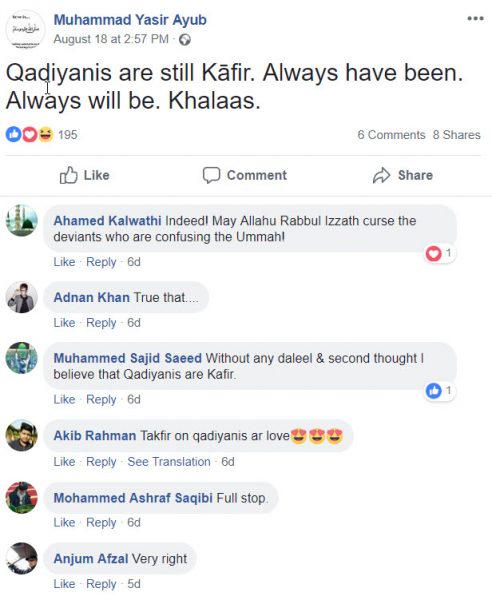