Hijab Hysteria: Why As Muslims, We’re Getting It Very Very Wrong

Hijab Hysteria: Why As Muslims, We’re Getting It Very Very Wrong

A few weeks ago, Marks and Spencer came under fire for selling school hijabs (headscarves) for young British Muslim girls in the form of black all-in-one scarves are apparently able to fit school age girls as young as three years old. As you can imagine, after the news started to spread via several media outlets and across social media, wild debates subsequently broke out and it was not pretty.

This new financial adventure had unwillingly given rise to recurring polemic debates around consent, veiling and religious inclusion. With many different opinions working their way around social media, many people became very vocal in their support both for and against the sale of headscarves for school-age girls in a mainstream British shop.

Those in favour of M&S new decision declared:

On the other side of the fence, Muslims and non-Muslims alike both spoke out against the sale of this scarves for young children but were once again faced with accusations of being Islamophobic and racist.

However, the truth is that as a hijab-wearing Muslim woman, I sadly found myself once again enraged and flabbergasted by the response of some Muslims to the concerns posed by the sale of a garment designed for mature girls to young children in the UK by a mainstream British outlet. Logic once again seemed to have been thrown out of the window. Children could no longer simply be children, yet to declare this meant you risked being deemed “racist” and “Islamophobic” by Muslims and Muslim “allies” alike.

Going back to theology: No room for “racial politics”

On reflection, it’s not Marks and Spencer who I blame. I appreciate their efforts to include Muslims (whether people deem their intentions to be socially or economically fuelled). I only wish however that there wasn’t such “need” in the first place. The people who I instead blame are the (albeit small number of) Muslim schools who requested the scarves and the wider Muslim population (in particular the parents) for normalising and mainstreaming hijab for children – an oxymoron if ever there was one.

You see, I ask myself time and time again the same question: Why are young girls wearing a garment designed for mature (young) women? And any time, when these questions are asked the responses are reactionary, fuelled with rage and cries of Islamophobia and racism. Oh, the irony of anyone against children wearing hijab being told they’re “sexualising young girls”!

The sad truth is that it’s us – the Muslim community – that have opened this awful debate. What is essentially garment designed to be worn by spiritually conscious mature girls and women is being (whether willing or not) used as a garment for children. Yes, no matter how much people may cry that their child “likes or chooses to wear it”, I urge you to reflect: many children like to dress up like mommy in heels and lipstick at home – does that mean that we should let them leave the house in such attire? Perhaps they may want to wear the scarf but that doesn’t mean that what a child wants is what a child should always (be allowed to) do!

Quite simply, whether people want to admit it or not, hijab is not for young children. Hijab is a spiritual commitment to Allah.  It’s a life choice – not merely a scarf or simple piece of cloth. It’s for those who have reached puberty and yes in today’s context, girls mature at a range of different ages but only when a girl is emotionally, spiritually and of the age when she is sexually maturing is it appropriate for her to wear the hijab.

A young child cannot make such a bold commitment. A child cannot understand and should not be allowed (or constrained) to go beyond the mere carefree worries of childhood and have to cover their hair and their entire body according to concepts of morality, sexuality and spiritual commitment. These are not appropriate themes for children in such entirety. You – the parents and community – are in fact the ones placing a garment which relates to the barrier between physical mature sexes into the realm of childhood, yet it is also you who cry out against the “sexualisation of children” if anyone dares to oppose you.

A child may wear hijab in the mosque or when praying but a child is above all a child. I am not denying children’s relationship with and curiosity about God but we have simply gone too far. Hijab is not for (young) children. That is a fact. I’ve travelled and lived in many Muslim countries across the MENA region and have never personally seen a child in hijab outside of a mosque. Child veiling does happen but so does child marriage and a number of inappropriate un-Islamic practices in the name of ultra-orthodoxy.  Here in the UK however, I can hand on my heart state that I have sadly seen the exaggeration of our faith to such extent that I once saw a child in their pram a wearing headscarf right here in London. I was flabbergasted!

Yes, I am quite frankly saddened by this reality as it is totally and utterly unnecessary and is a clear insult to our faith.  And here’s the point dear Muslim allies, Muslim brothers and sisters and far-right haters: the hijab is not for children – and certainly not those aged three years old.  As a community, we’re abusing Islam and it’s costing us dearly on all areas of the political spectrum. It’s costing us both as a faith community and on a wider level as a diverse society. 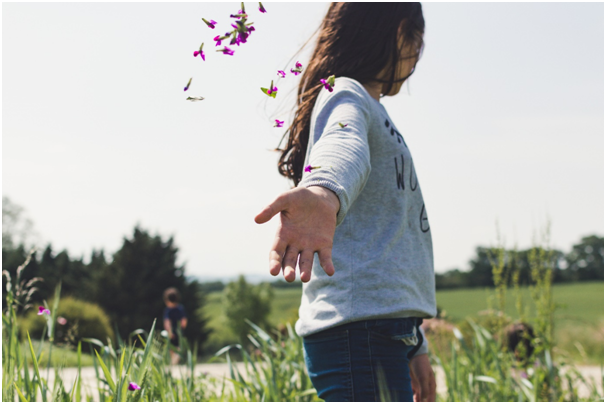 With these recurring debates around hijab, the fact is that in its truest sense – just as the hijab is more than a scarf – the “hijab hype” is also about the hijab itself. These debates go beyond multiculturalism and religious freedoms. They are symbolic of the way that we Muslims approach our faith. Yes, it’s about the wider picture – at picture seems to have become narrowed, magnified, blurred and muddied with political, social and cultural debates around race and belonging, self-entitlement and “being the best Muslim” at all costs.

With this, a beautiful symbol of faith and grace to Allah, has now become a tool of the far right and far-left. Well-meaning Muslim allies support Muslims at whatever cost, whilst Muslims like myself find that they have more in common with the ex-Muslims (albeit whilst in disagreement with their vocal narrative). These people often echo the sentiments of progressive Muslims who are demonised for standing up against this irrational approach towards dogmatism at every cost.

Stripping aside the hysteria: Islam was born of spirituality. Our Prophet (pbuh) used to sit and reflect in the caves of Mekkah and yearn for more to life. He lived and breathed his spirituality. Yet now I fear that the community has become obsessed with rituals and religious practices at the cost of rationality, spirituality and the real meaning of faith.

Have we forgotten that Islam is about the middle path? Have we forgotten that children were created as children? Please, let a child be a child and let’s look at the wider picture. Hijab is not “the sign of being a Muslim female”, its not the determiner of faith. And here’s the crux: faith is about so much more than clothing and “rules” – it’s about understanding, reflection, justice and truth. I urge the British Muslim public to reflect and I ask: In what world is a piece of cloth more important than the innocence of carefree childhood?

And with that, what we really must ask is: Where is our common sense? Where is our logic? Where has rationality, common sense and moderation gone? It’s ultimately up to us to reflect upon this key dilemma: Where are the guidelines of Allah in our community? Do we see Allah Almighty the All Wise and All Knowing – the Loving and Just – or are we living through the rules, wishes and desires of men (and women) in the name of Islam? It’s our question for us all to ponder upon…