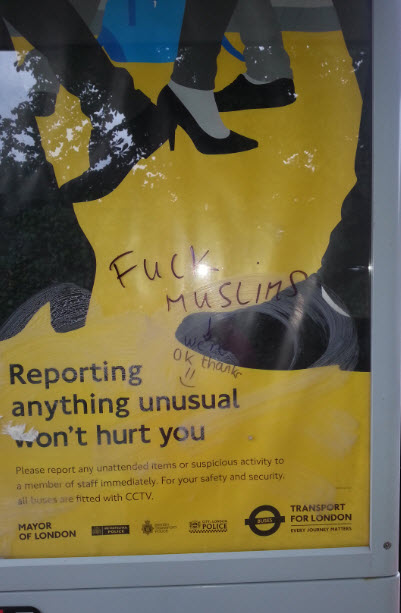 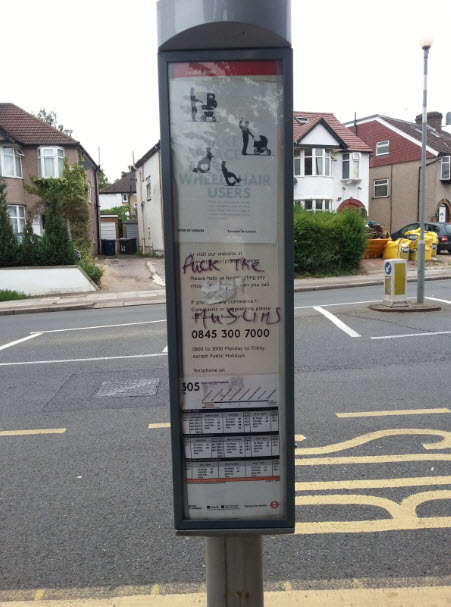 what if there is graffiti, no-one got killed did they,’ as they brush aside the impacts on perceptions and fear that such graffiti can have on communities. Alternatively, they choose not to remember those murdered because of their faith visibility such as grandfather Mohammed Saleem in Birmingham in 2013.

In Burnt Oak the following pictures were sent to us highlighting the hate and prejudice that one or many people may have against Muslims. The perpetrators decided to scrawl obscenities against Muslims on the bus stand and on the post showing bus times. The shelter involved is the Sefton Avenue bus stop with buses heading in the direction of Burnt Oak.

Just a few days ago, the Swindon Advertiser highlighted shocking anti-Muslim graffiti that had been scrawled on an underpass with Swastika symbols and with the graffiti large and tagged onto the pavement. The anti-Muslim slogans attacked the town’s Muslims and was meant to generate fear and promote hatred. The subway runs underneath the A4311 between Gorse Hill and Kembrey Park. These pictures from the Advertiser are shocking as to the confidence that one or more individuals have in promoting their hate and intolerance.

If you come across such material in the future, please do not hesitate to report it into us at info@tellmamauk.org or via Twitter (@tellmamauk). You can also Facebook (TELLMAMAUK) and SMS us on 0115 707 0007. 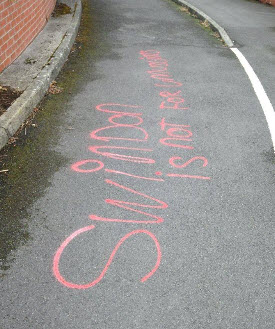 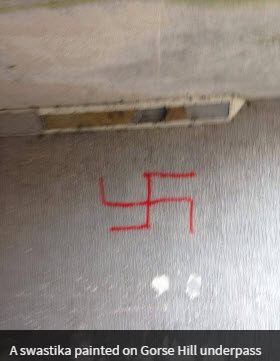