Rethinking Links Between Mental Health Issues and Extremism: Towards a More Preventative Approach? 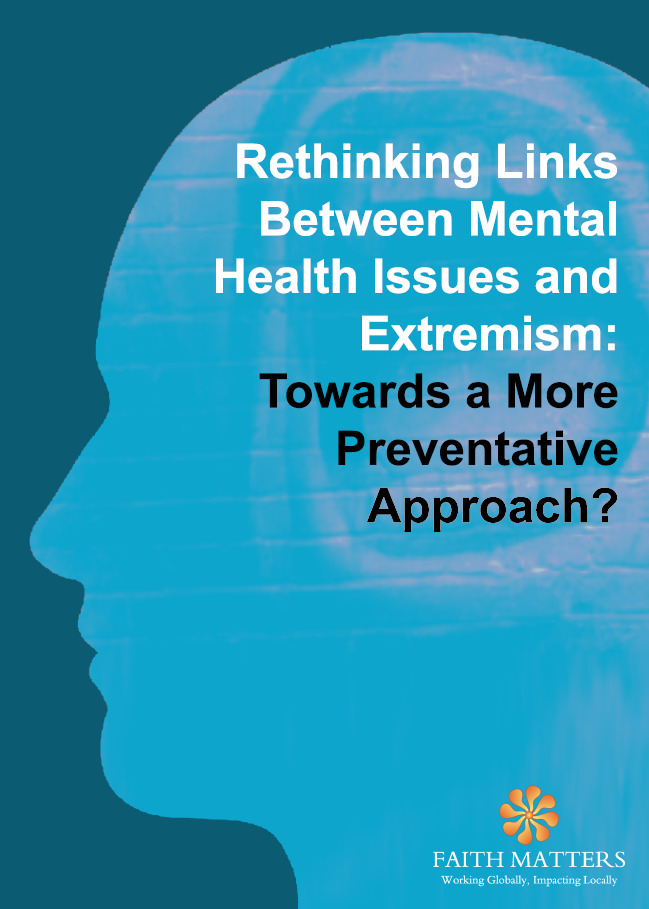 In recent years, several high-profile terrorist attacks, emanating both from the Far Right and from religious extremists, have brought public attention to the link between mental instability and susceptibility to radicalisation. Often it has been the friends, co-workers and relatives of those who have committed violent acts who have then retrospectively voiced concerns about those individuals’ mental health.

Overall, links between mental health issues and extremist acts, whether motivated by a Far-Right or Islamist ideology, were first suggested by the family and friends of those who had committed violence. However, academics and researchers have also noted the link. Connections between mental health issues and extremism merit further investigation, not least because findings can then be implemented as part of a strategy based upon prevention and catching such individuals early, rather than judicially punishing them after they have committed criminal acts. As Chief Constable Simon Cole said: “We cannot arrest our way out of a terrorist crisis”. Instead, a more effective strategy is to understand the basis of such acts and utilise this knowledge to identify potential future extremists. It should therefore be a cause of reassurance that academics have noted the need for partnerships between mental health professionals and counter-terrorism police, with schemes now permitting police to utilise the expertise of mental health specialists and embed them within their work. Despite families of extremists complaining of a lack of support from health services, whether for themselves or for their troubled relatives, that the police are uniting with mental health specialists to utilise their research and expertise is promising, as we look to the future.