FAITH, HOPE AND CLARITY The Reintegration of Terrorist Offenders after Custody 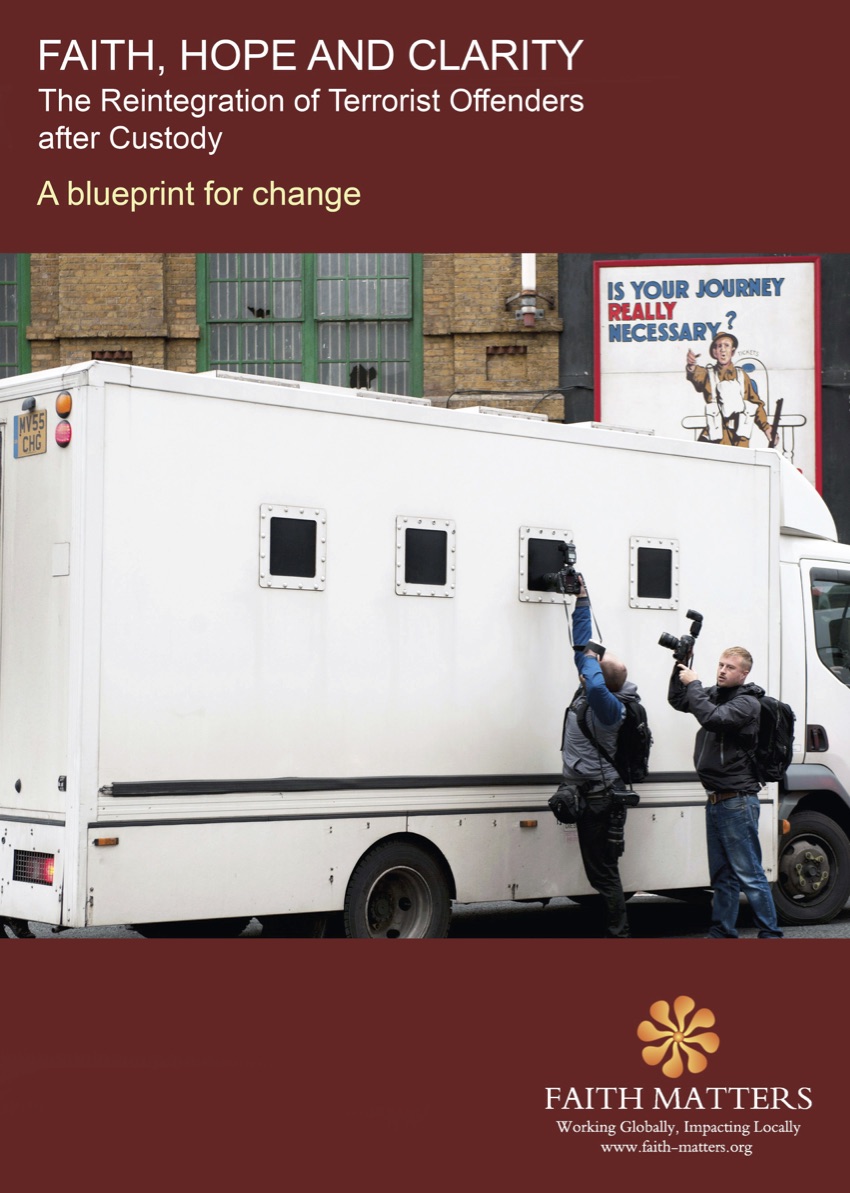 This report – “Faith, Hope and Clarity”, commissioned by Faith Matters, and published today makes the case that Muslim communities, working in a unique new partnership with statutory services, can reduce risk of released extremist prisoners re-offending through a community re-integration programme called the ‘Sunnah’ concept.

This concept empowers a core of carefully selected community based supporters who provide a ‘virtuous circle’ around the offender. These core supporters carry out a number of functions. They can challenge Islamist ideology, ensure behaviour is appropriate, monitor risk and provide practical help. In this way the community is given formal responsibility for helping resettle offenders with more prospects for them abandoning toxic behaviours and beliefs than the state creates on its own.

Acheson is a former prison governor with a long track record of work in the extremism field. He was responsible for the ‘landmark’ 2016 independent review of the threat posed by Islamist extremism in the criminal justice system and is the architect of the separation units for highly subversive extremist offenders. He writes extensively for the media continues to advise government nationally and internationally on combatting violent extremism.

Speaking on the launch of the report, Ian Acheson said:

‘Considerable numbers of terrorist offenders are now on the criminal justice conveyor belt. Most of them will return to their communities and increasing numbers are being given short sentences or community penalties. Many of these offenders will face unique and specific difficulties reintegrating with the communities they have come from and harmed. It’s not clear to me that the state should carry the burden of managing this risk or even if it can get ideologically extreme behaviour and beliefs changed on its own.

I’ve argued that a partnership of community and statutory authorities is the best approach to reintegrating terrorist offenders and keeping all of us safe in the long term. It requires imagination and courage to take this approach but if the prize is safer communities who have a stake in protecting our national security, it’s worth exploring seriously. This is what I hope Government will do”.