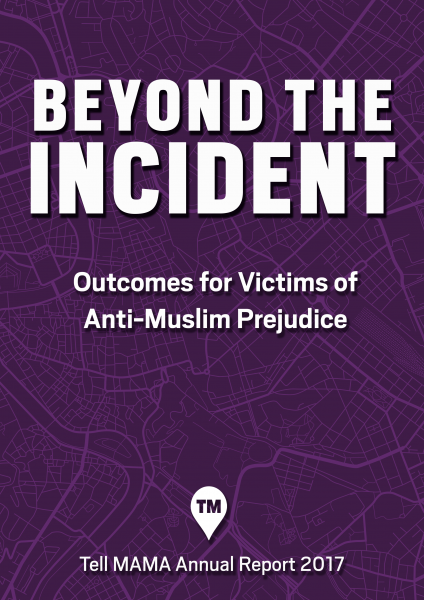 Beyond the Incident: Highest Number of Annual Reports Logged by Tell MAMA Since Launch in 2012

Director of Tell MAMA, Iman Atta OBE says, “We are in deeply worrying times where people are looking for certainty and what they are getting is instability at a political and societal level. This means that at times like this, minority groups are the ones who suffer the anger of those looking to vent their fears, insecurities and concerns.

“We are seeing more aggressive street-based incidents, younger perpetrators, between the ages of 13-18, increased vandalism and international interference by well organised social media accounts playing groups off in the UK. More than ever, we need to come together and redouble our efforts against those who seek to divide and play communities off against each other”.