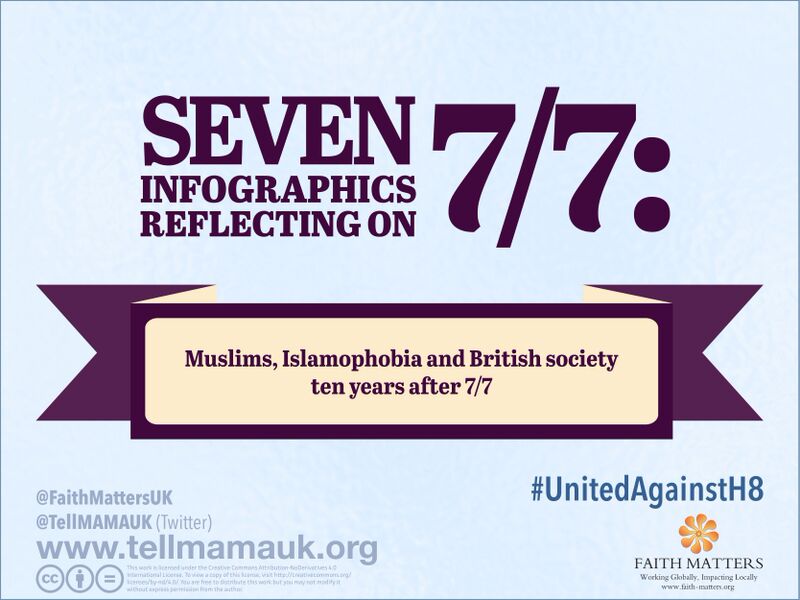 A decade after the trauma of terrorism hit London on July 7 2005, the anti-Muslim backlash quickly took hold in London. The Met Police recorded 68 “faith hate” crimes in the three days that followed 7/7. Within three weeks, the number of anti-Muslim incidents in the capital hit 269 – a 573 per cent increase on the same period in 2004.

In a national sense, the number of purported Islamophobic incidents hit 1,200. In a far-reaching report, the European Monitoring Centre on Racism on Xenophobia noted an early backlash ‘with reports of arson at a mosque in Leeds and a Sikh temple in Kent’.

A small but notable spike took place a week after the atrocities in Paris. The high figures reflect how certain individuals seek to divide communities in times of national grief and tension. That negative and hostile climate also encourages some to report in hate incidents. Yet, under-reporting of hate crimes remains a problem and in 2005, there was no Tell MAMA project, so that alarming spike might only tell half the story of this backlash. 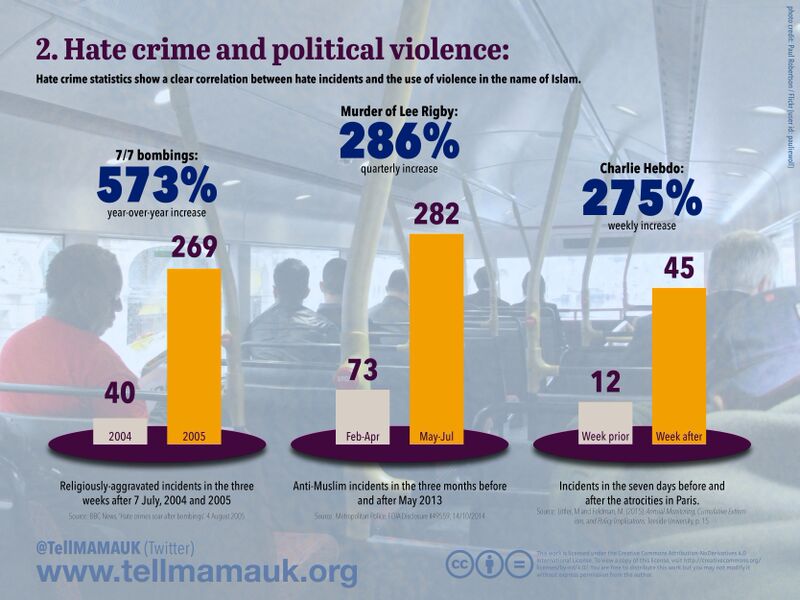 Throughout 2014 we recorded and verified 16 incidents on public transport. Worryingly, all five incidents of assault targeted Muslim women. In total, 15 cases involved a white perpetrator. A trend that suggests the bigotry is motivated by a racialised anti-Muslim sentiment. In one example, an individual simply reading the Quran and ‘dressing Islamically’ on the London Underground created a bigoted and hostile reaction, suggesting that the sentiment reflected a deeper and latent bigotry that manifested with time and without provocation. 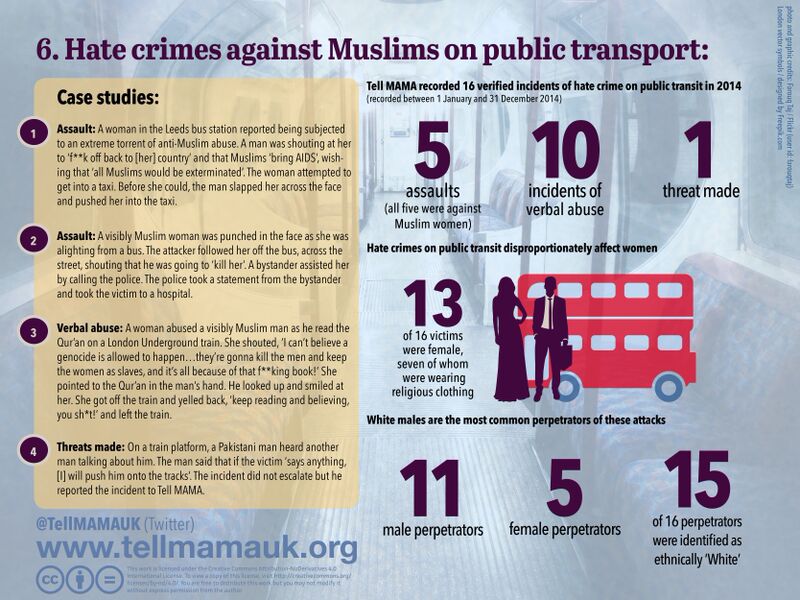 The Spectre of Online Hate

The most recent Teesside analysis of our data found that roughly two-thirds of incidents took place online – a figure that reflects both the ease of reporting and the serious nature of the problem. With that in mind, it is worth remembering that the backlash against British Muslims also took place online. The infographic demonstrates how some used social media platforms as a means to call for mosque arson and violent reprisals.

Sending individuals to prison for these online threats is rare; but it demonstrates that a person can still be jailed for these offences. 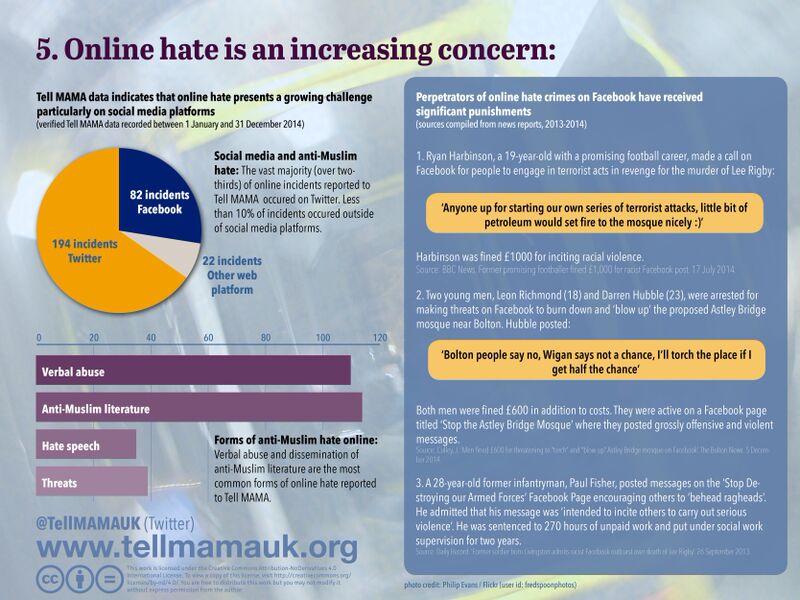 The polls cited in the infographic reflect a system of wider anxieties towards British Muslims. Quite often, polls offer a nuanced understanding of community relations; but sometimes worrying negativity, especially in the context of an imagined ‘civil war’ scenario. Many recognise that a majority of British Muslims share the same values and disdain for extremists who hijack religion for violent and unjustifiable ends. The danger is when these views calcify and harden. It is noteworthy that a majority felt split on Muslims and ‘British values’. Newspaper coverage (as evidenced in the infographic) helps us understand how these perceptions are formed. 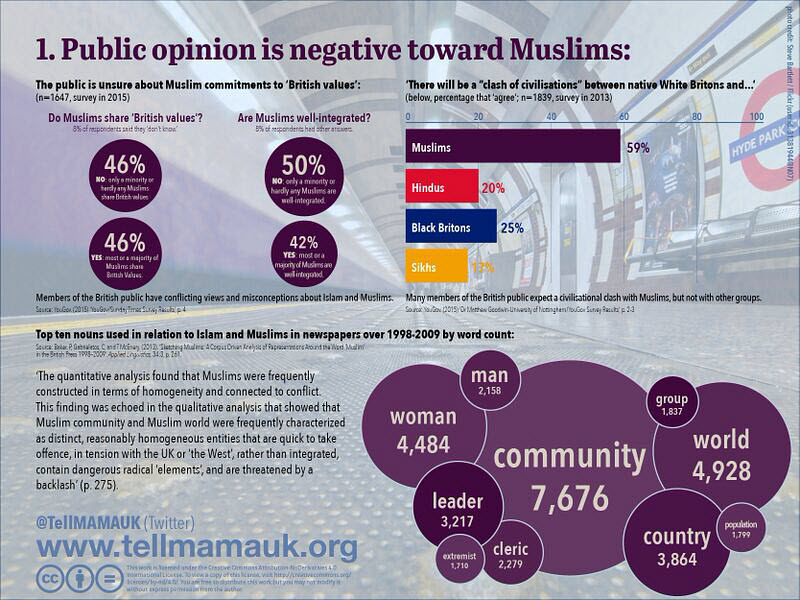 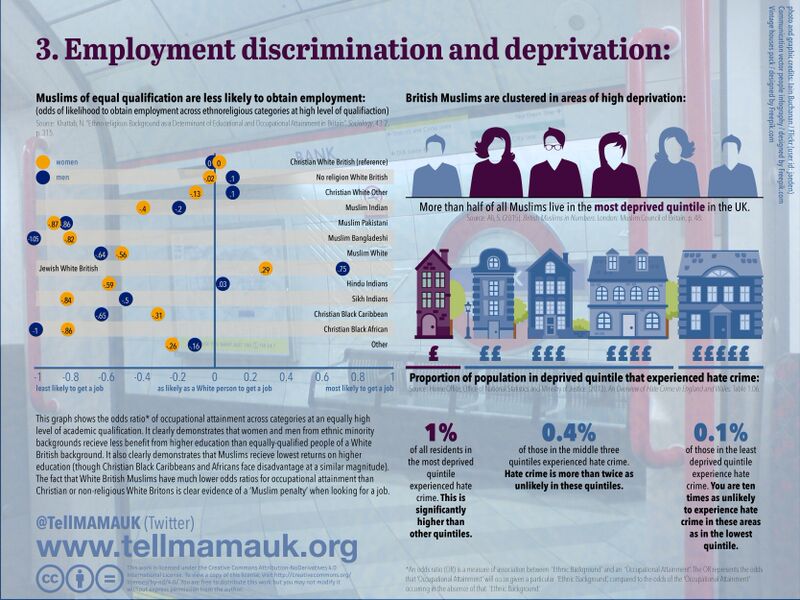 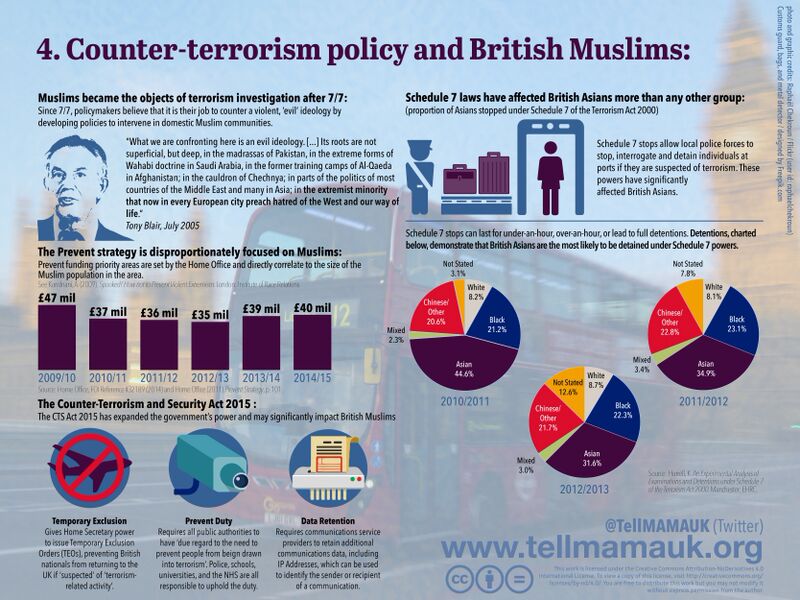 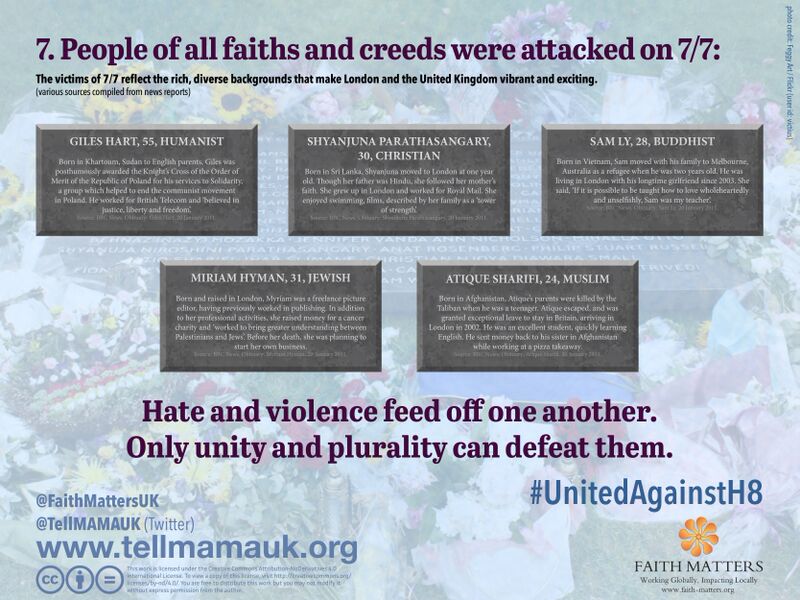