The following far right Twitter and social media account was brought to our attention  a few days ago. The account know as @whitebriton (the Aryan Brotherhood) has the following tag-line which is deeply worrying:

“Open forum for debate about all issues of white advancement – and supporting direct action on behalf of our Aryan kin near you and in prisons locally across the UK”. 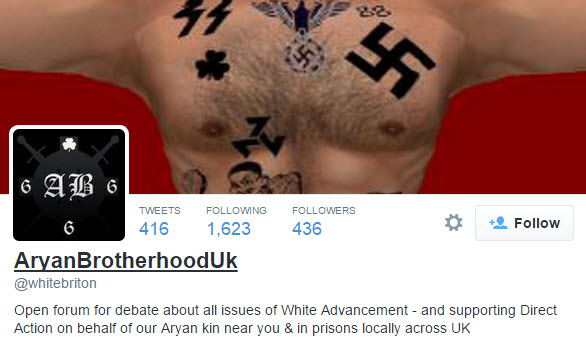 The ‘Aryan Brotherhood’ account has also tweeted out and named prisons on its social media accounts and tweets have also suggested ‘direct action’ within prisons. The following material has been sent to the police and to sources in the Ministry of Justice. It specifically highlights HMP Coldingley. 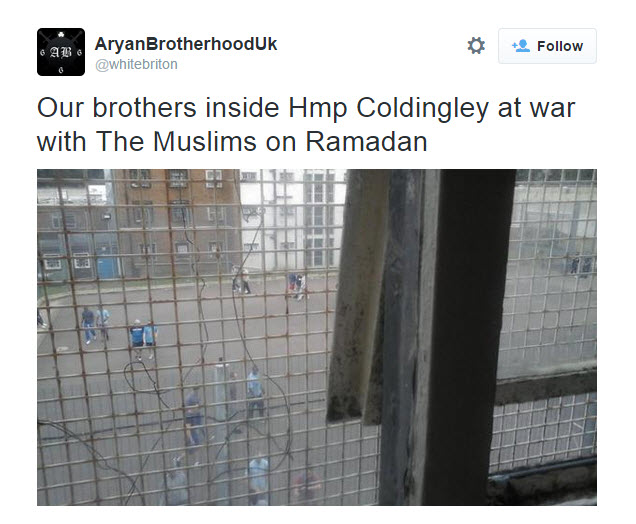