As Baitul Futuh Burns, the Bigotry of Some Muslims Towards Ahmaddiyas Comes Out

“Love for All, Hatred for None“, is the motto of the Ahmaddiya community globally. It is a community that is openly persecuted in Pakistan where the State structures are built to discriminate against them after the dictator Zia Ul Haque introduced stringent laws into the country as a way of building up support with militant groups who regarded themselves as moral guardians of Islam.

Just last night, we were included into a range of discussions that pointed to a page on the Muslim Council of Britain’s web-site. The feelings of some individuals were inflamed by a post on the Muslim Council of Britain’s web-site which we have listed below. Coincidently the post on the MCB web-site listed the Morden mosque, (then being built), as not being a mosque on the basis of theological differences.

However, today, through what looks like an accident, the Morden mosque caught fire and what ensued on social media was intra-Muslim hatred and bigotry which is socially unacceptable. If you are targeted with what you believe are anti-Muslim comments in nature, you can and should report them into us. Hateful and spiteful language because of your faith identity should not be taking place and we urge communities to report it in.

Lastly, whilst we know that there are many good people working in the Muslim Council of Britain trying to make a difference, we would ask them to reflect on the following page which has attracted so much attention. Whilst the page is opinion based on theological decisions, we request that the Muslim Council be more vocal in its stance when Ahmaddiya communities are targeted with hateful messages that seek to demonise them and which threaten and promote hate. We also acknowledge that the Muslim Council of Britain has a role to play, which it does, in interfaith and cohesion activities. Now is the time for us to come together to tackle hate, intolerance and bigotry. 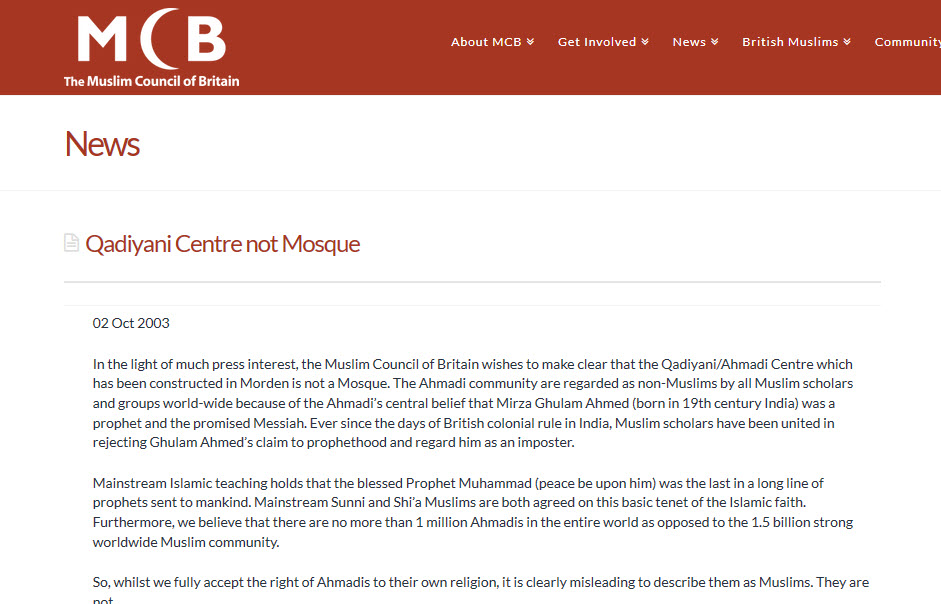 The post As Baitul Futuh Burns, the Bigotry of Some Muslims Towards Ahmaddiyas Comes Out appeared first on TELL MAMA.