Today, this banner was unfurled in Sheffield. We have reported in pictures of the banner and people holding it to the police. Statements on the banner read:

We believe that some of these statements are illegal and have infringed on criminal laws. A formal complaint has been made to South Yorkshire Police and we would be happy to provide a Community Impact Statement to South Yorkshire Police if there are arrests that are made on this. We will also ensure that we work with forces to send a clear signal that hate, intolerance and bigotry is unacceptable. 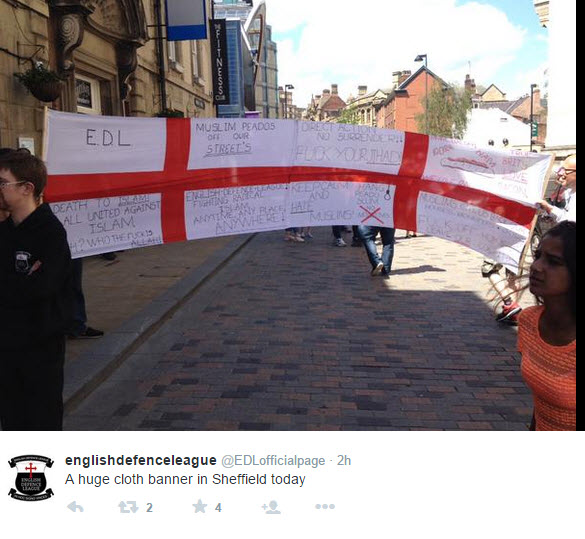 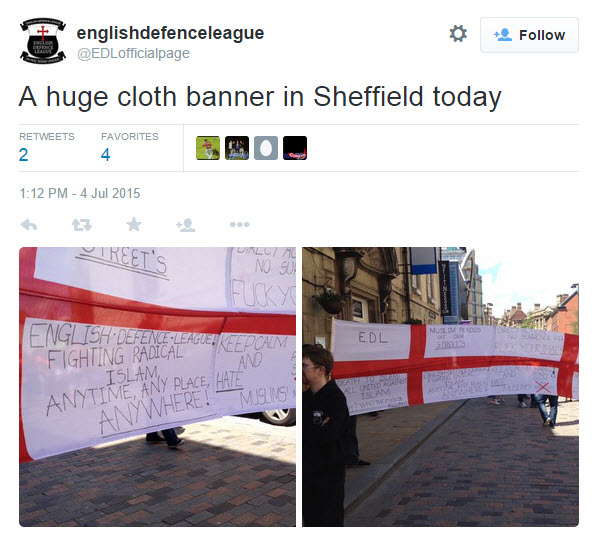