Bigoted anti-Muslim Graphics Start to do the Rounds

The following is an example of the kind of graphic that is doing the rounds after the terrible terrorist bombings in Kuwait, Tunisia and France. With 15 British nationals killed in Tunisia, at a time when we should all be thinking of their families and how we can stand against together against those who seek to divide,  such material is being circulated.

The tenth anniversary of 7/7 is just round the corner. After 10 years, we need to renew our energies to tackle extremism and terrorism and those who seek to thrive off it by promoting their personal prejudices as if they are ‘rational’ or ‘valid’ views. They are not, they are the rantings of bigots and we need to call them out for what they are.

Let us all remember. Extremists do not care who they target. Yesterday they targeted our fellow citizens and on 7/7, they targeted Londoners, irrespective of their faith or beliefs. We have all had enough of the haters, it is time for us to unite and to stand together and in solidarity. #no2h8 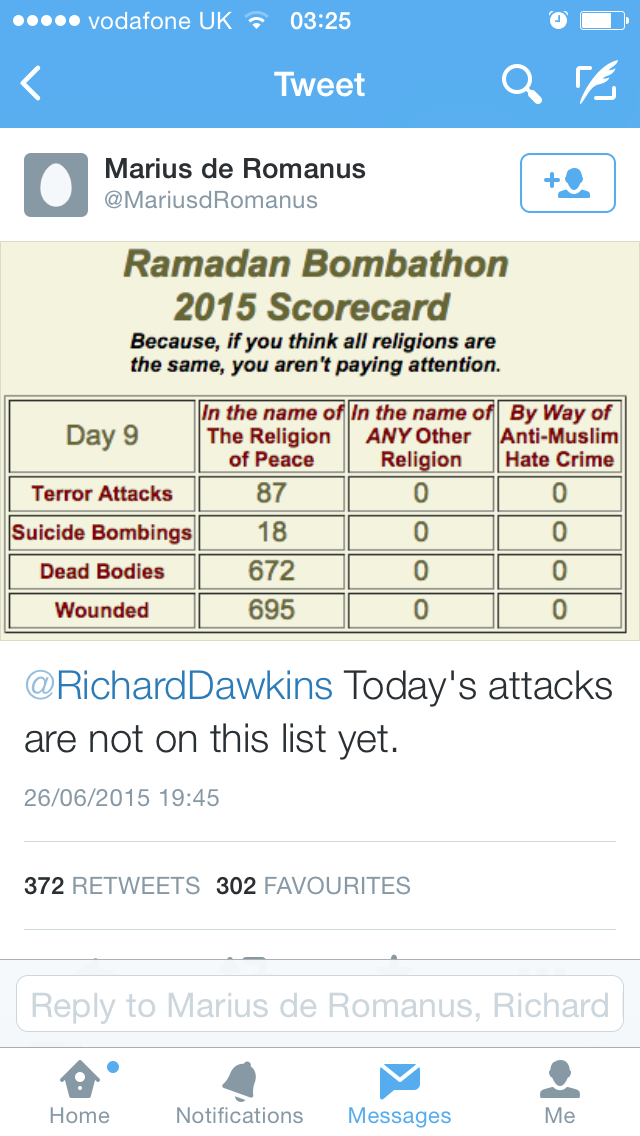 The post Bigoted anti-Muslim Graphics Start to do the Rounds appeared first on TELL MAMA.