“happy to go into the most militant Muslim areas and carry out dangerous Britain First operations.”

Are these the same ‘militant Muslim areas’ that has seen them previously go into the boroughs of Waltham Forest and Tower Hamlets and stand outside the East London mosque, whilst posturing and being abusive to worshippers? To describe Tower Hamlets as a ‘militant Muslim area’ shows how deluded this group has become and how they are part of the problem and not a solution for communities in our country.

The bulletin goes onto highlight a video of Paul Golding undertaking a ‘self defence’ class and with the bulletin suggesting that,

“our activists have stood in the face of mad Muslims and crazed leftists.”

This extremist group simply seems to have forgotten that its actions have been instrumental in creating fear and counter-extremism in some areas.

However, there are two elements in the circular bulletin that are deeply worrying. The first is that two young girls are shown wearing the extremist far right sweatshirts of Britain First. This is deeply worrying and raises into question safeguarding issues. We will no doubt be passing on the pictures to the relevant authorities, given that young children are included in material related to this extremist far right group. 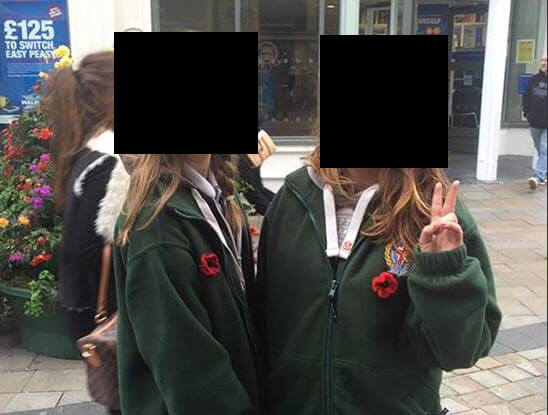 The bulletin goes onto suggest that Britain First will be providing martial arts training to its activists in Krav Maga and Thai boxing. The end of the bulletin makes a chilling call showing the extremist far right rhetoric and mindset of this group. It states,

“The fact is that our people are not breeding.”

“The situation is only going to have one outcome: civil war.”

Given that Britain First is becoming more militant and aggressive in the make-up of its material, we urge authorities to continue to look carefully at this material and to act against the group where appropriate. The only thing that will make ‘Britain First’ globally is hard work, communities working together for a better social and economic future and where citizens value and safeguard our collective safety. Groups like this are a hindrance to these laudable objectives and simply serve their own deluded extremist ideologies.