Britain First – Fighting Over a Packet of Sweets

Just when you thought that this could be a very late April fools, sadly, it turns out that it was much worse than that. The group that brought you slogans like ‘Taking Britain Back‘, have managed to wage a campaign that has left many people startled and others stating that change must start at the bottom. It has left some supporters of this far right group aghast since some feel that their desire to join an extremist has been hijacked – by Britain First mounting an anti-Haribo sweets campaign!

Yes, these ‘Templar Knights’, these defenders of Jerusalem, (which we will come to later), have managed to find a problem with Haribo sweets and have picked a fight. In a desire to challenge the ‘Halal’ element of Haribo sweets, Britain First have mounted a campaign to put the ‘G’ back into Haribo Funny Mix sweets, since the removal of gelatine means that practising Muslims can be sure that there is no pork gelatine in the sweets.

So these battalions of righteousness have taken the fight ‘against the evils of Halal’ to the Haribo Funny Mix sweet packets and we will no doubt be trailing their campaign with some interest. You never know, after the Haribo Funny Mix, they might just start on the Refreshers! 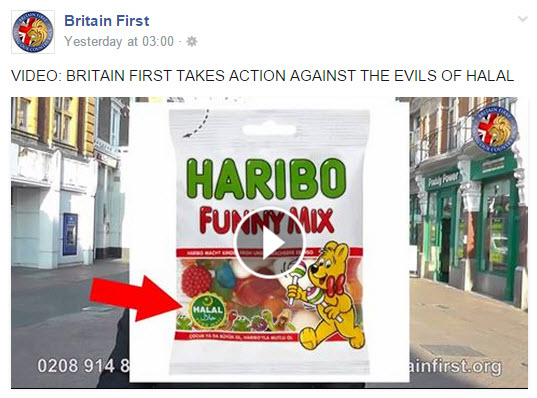 However, not to be outdone, the Templar Knights of Peckham have been advertising a Britain First march in Burton that is to take place in October against what they have termed a ‘mega mosque.’ To advertise the mega mosque, the Templar Knights have thought that Burton is in fact, Jerusalem, and have managed to place a picture of the Dome of the Rock mosque on the Al-Haram Al Sharif, as though it were in Burton. Yes, they simply have lost their way again.

Our simple advice to anyone looking to follow or support the work of Britain First would be this. If their idea of social change is attempting to wave a packet of Haribo sweets around or place mosques in Jerusalem in the location of Burton, some 3,000 miles away, do you actually feel confident in their abilities to do anything to ‘Take Britain Back?’ Ladies and gentlemen, we rest our case. 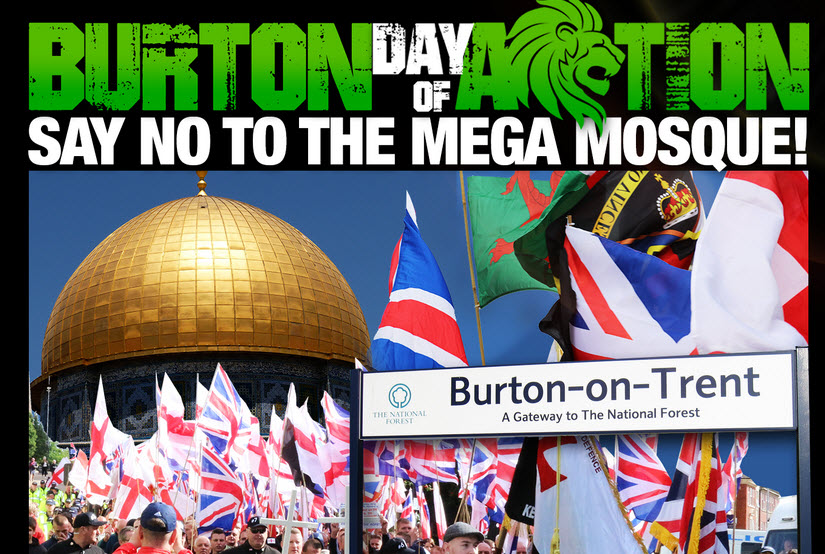 The post Britain First – Fighting Over a Packet of Sweets appeared first on TELL MAMA.