Who would have thought that an elected councillor would still be in his position after the following incidents? The controversial councillor has been involved in promoting comments that many would find repulsive. One of them was that all immigrants to the UK should be classed as illegal. He has also reportedly said that , “gay women wanting children should buy a Barbie doll if they want to play at being mum.” In late August 2014, he got himself in hot water again by reportedly posting a comment using the slang anti-Muslim term, ‘muzzie’.

However, it seems that Cllr Harris has not learnt from the past. We have been informed that he has been busy posting further material. In this post which highlights the migration of refugees from Syria, Cllr Harris plays to a classic anti-Muslim trope – that Muslims want to ‘Islamify Europe.’ The narrative is that the public are too liberal and ‘naive’ and that the ‘agenda’ of Muslims is to slowly Islamify and take over. Much of this same language was used against Jews migrating from pogroms in Russia when they arrived in Europe.

There has been a catalogue of comments in the case of this Councillor and it is time that action is taken against this elected member. We ask the simple question – how can he purport to represent all residents in his ward when such comments may persuade any Muslims from approaching him? This situation has gone on far too long and action needs to be taken by a higher body to make clear that such comments are unacceptable given his position. 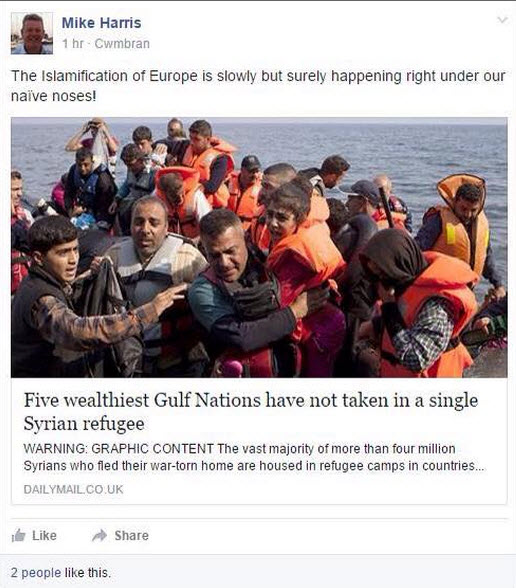 Cllr Harris also goes onto say the following, “Islamophobia is the height of common sense.” Given the context and previous comments from this Councillor, they may well be read as being supportive of prejudice against Muslims. 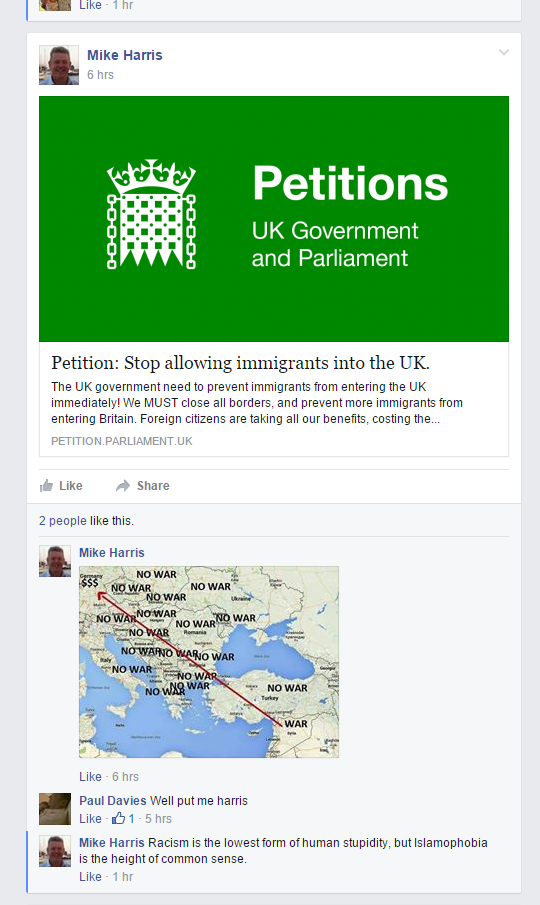