How is this Not Inflammatory? Posts on Britain First’s Facebook Page

How many times has the extremist group Britain First skirted right to the edge of the legal limit? How many times have its ‘supporters’ and those anti-Muslim bigots gone over the line and made assertions of violence against Islamic institutions. The link between extremist propaganda and violent ‘calls for action’ can be best summarised here:

Extremist group, Britain First post this article on their Facebook page. The resultant responses are akin to incitement and will be reported to the relevant police authority:

Roger Dyer: “Never mind the noise,can you imagine the stench coming from it? the obvious solution is a bonfire.”

Cain Pinnock, (from London): “petrol station near by is there

Grant Hawley, from Milton, Cambridgeshire: “50p on a box of matches. A sound investment.”

John and Vicky McNeil, who works in Senior Sales in Debenhams: “Torch it.”

Mark Whale said: “About time it was blown up (and lists lots of flames).”

Roy Holmes from Walthamstow: “Set it alight while they are all inside praying. B.b.q muslim!”

Just to make sure that when we report this to the Police, they know what Roy looks like, we thought we would list the picture he proudly displays on his Facebook page. Roy Holmes from Walthamstow, these are your comments. 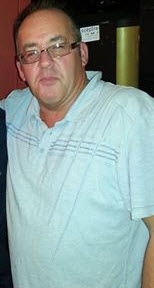 The post How is this Not Inflammatory? Posts on Britain First’s Facebook Page appeared first on TELL MAMA.