Sikhs and Muslims come together during the riots

Summary: During the August riots across England, Sikhs and Muslims came together to guard Mosques and Gurudwaras from looters. Sangat TV did their part in helping the police and showed some of the close knit bonds between Sikhs and Muslims, both of whom worked together to defend their businesses and towns. Unfortunately, three young Muslim men died during these events. Tariq Jahan, the father of hit and run victim Haroon, emerged as an excellent role model for Muslims. At such a difficult time, he was dignified throughout his speech about the atrocities, a change from the aggressive, radical Muslims we are unfortunately so used to seeing in the media.

All across England, the fuse for the most terrible riots in a generation ignited earlier this month. However, in the middle of all the looting and chaos, some positive intercultural stories also emerged. Whilst the pillaging criminals were running wild in areas including Birmingham, Leeds and Southall, members of the Sikh community were seen protecting the Masjid whilst Muslims were breaking their fasts and praying inside the mosque.

Similarly, Muslims were protecting Gurudwaras whilst Sikhs were praying. The phrase community policing took on a whole new meaning as Sikhs and Muslims stood side by side to guard their local places of worship and home towns. Following the intensely criminal activity that had taken place in Tottenham, they knew the police riot squads would not be able to contain the high numbers of ruthless gangs. As a result, people felt it was necessary to take policing into their own hands. 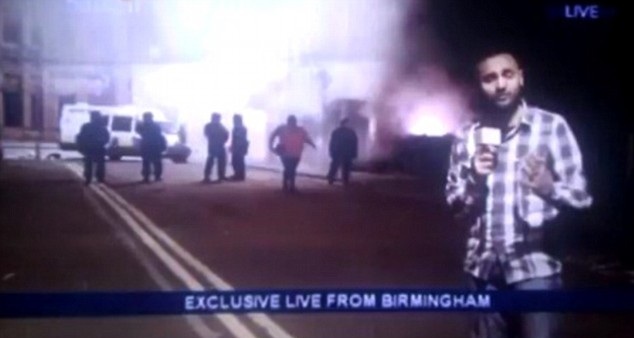 Sangat TV did a fantastic job covering the events of this midsummer hell in the midlands area. They patrolled the streets to protect local communities and spent hours driving around in several locations to film the disturbing levels of violence and criminal activity. Over the next few days, they followed this coverage up with interviews and discussions with locals in the area. By questioning individuals from all cultural backgrounds and giving lengthy airtime to people that felt let down by the police, Sangat TV were doing their part to promote equality in these troubled times. They were commended for their efforts by the BBC news team, because it was clear that the police did not have sufficient control over all the rioting thugs.

When all the rioting initially kicked off in Tottenham, many people tried to turn it into a race issue by placing all the blame on non-whites or western European immigrants. However the rioting had nothing to do with colour, caste or creed; the criminals who have raided shops and attacked innocent people were not predominantly non-white as has been viciously rumoured. Opportunists, thieves and mindless criminals from all backgrounds were trying to take advantage of the situation. Most of the Sikhs and Muslims who were out on the streets during the riots were only trying to protect their businesses and places of worship. 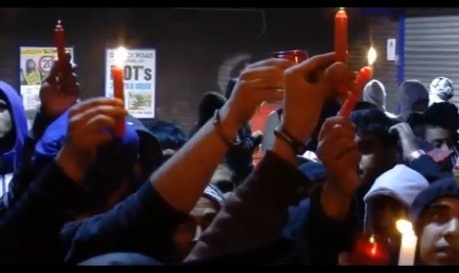 Amidst all the destruction of law and order during the riots, the lives of three young, courageous Muslim men were taken in West Brom. Haroon Jahan, 21, Shezad Ali, 30, and Abdul Musavir, 31, all of whom were cherished members of their communities, and had taken to the streets in their area to protect local businesses. Their only intention was to drive away the hostile yobs and looters. Haroon Jahan, who was hit by a car on Dudley Road in the Winson Green area of Birmingham, died in front of his father’s eyes. After this tragic event, Sikhs and Muslims collectively worked to bring an end to this mayhem and came together to pay their respects for Haroon, Shezad and Abdul. 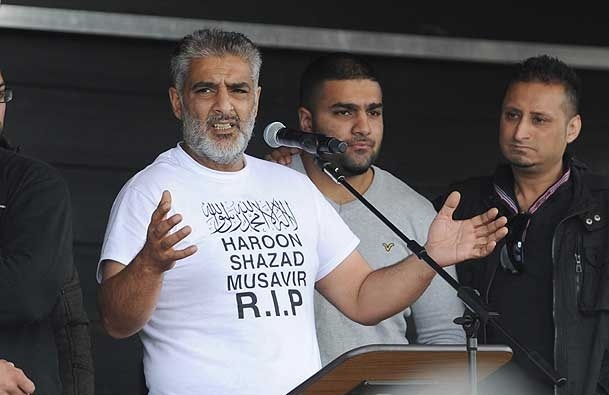 One of the most moving scenes to emerge from these horrific incidents was Tariq Jahan’s speech about his son’s loss. He pleaded for calm over the hit and run deaths. The dignity, poise and strength he showed during his speech was truly inspiring; he gained a great deal of respect for controlling his emotions at such a difficult time and is a great example of how many devout Muslims conduct themselves. If people like Tariq get more airtime as opposed to heretical extremists like Anjem Choudhary, Muslims would not be stereotyped so negatively in the western media. People like Anjem are just angry extremists who openly hate all non-Muslims, despise western democracy and take delight over the events of 9/11. Rather than publicising Anjem’s deplorable ideologies, something which the media in the UK is only too willing to do, the views of more innocent Muslims need to be heard more often.