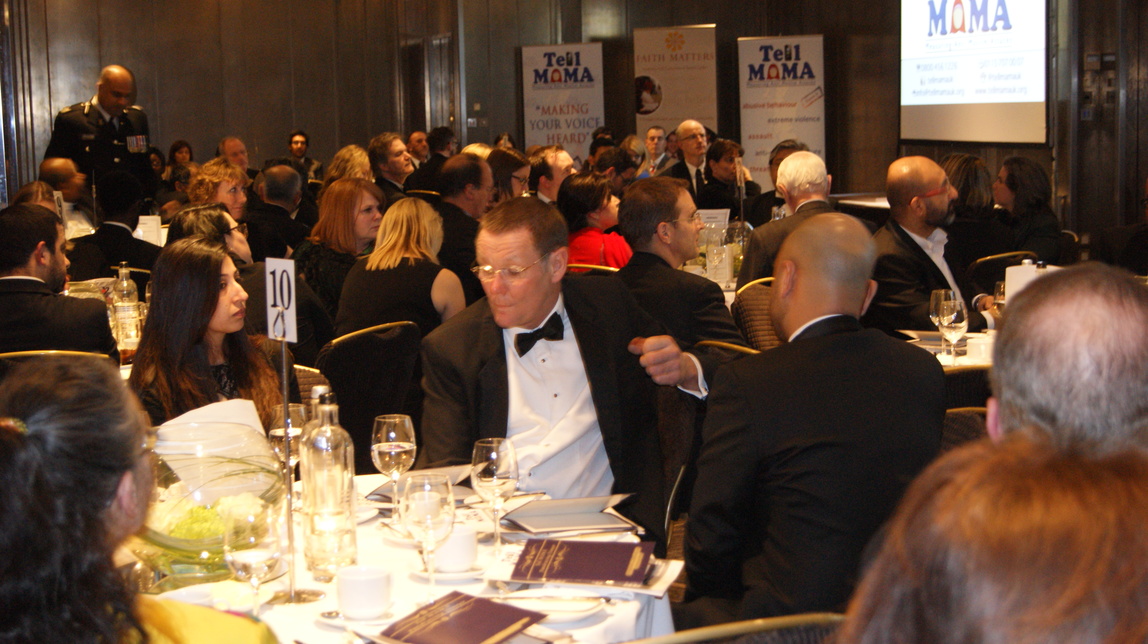 We welcome you to the first annual dinner of the TELL MAMA national project. Many of you will know that the project supports victims of anti-Muslim prejudice and also maps, measures and analyses hotspot areas of where such anti-Muslim incidents take place.

The reason that this project came about was because of a need expressed by Muslim communities and also because of the lack of credible evidence on the extent of anti-Muslim prejudice in England. More importantly, many Muslim victims of hate crimes were simply not reporting them in, whether because of fear, apathy or a lack of trust of authority.

The last 9 months have been a roller coaster of a ride. Undertaking this work on a national basis has seen us develop an on-line case management system, develop strong investigative and research skills, implement a national outreach team and create partnerships with police forces, local authorities, civil society and academic institutions. We have listened to victims in despair, those who want to ensure that the perpetrators are caught and those who even question why we bother, when they firmly believe that they will not have access to justice. Our answer has always been clear. Without reporting in hate incidents and crimes, not only will perpetrators carry on with their actions, they will simply get worse. We also say to those within Muslim communities who believe that nothing will happen if incidents are reported in, that we have been successful in getting prosecutions since we started . 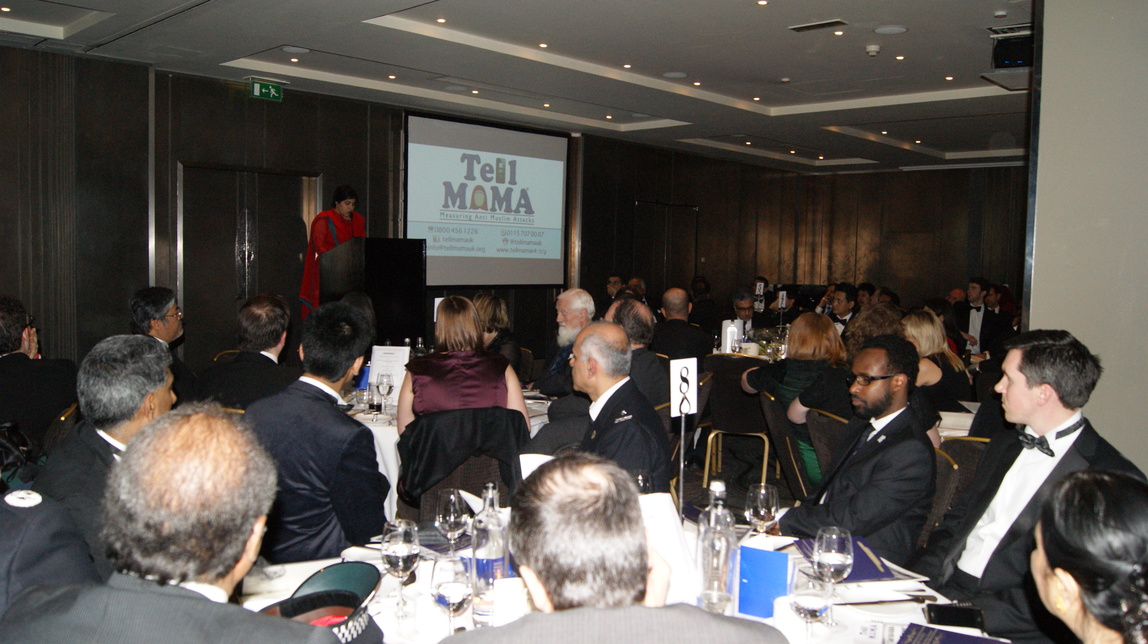 Take for example, the case of a 17 year old in Manchester whose waking tweet was to abuse Pakistanis and Muslims and who signed off the day with further abuse against both communities. For months, this young disaffected female simply poured out her bile against Muslim communities and helped to excite a small but committed group of young men into commenting on her tweets and supporting those comments with further bile. After 3 months of consisting reporting by us and documenting of tweets reported to us, she was arrested under s18 of the Public Order Act and she eventually was sent to a Young Offender’s Institute. Or take the cases of *******, ******* or ******  who decided to post up anti-Muslim literature with one of them stating that he would murder Muslim children whilst posting anti-Semitic comments against the founder of Facebook, Mark Zuckerberg. All were successfully found guilty of of racially / religiously aggravated harassment, alarm and causing distress by words.

Or take the case of the 89 year old Muslim Mauritian woman with her 80 year old husband. A carer for her disabled husband, she was repeatedly abused and insulted and feared leaving her flat. She told us that when she put on the Azhan or the call to prayer on her clock in her house, the neighbour would start insulting her because of her Muslim identity. All of this came to a head where she told one of my colleagues, “that she was not worried about the abuse, it was more worrying that if she died because of the stress, who would look after her disabled husband?” And this was perpetrated by a young man in his mid 20’s. The TELL MAMA campaign helped to bring in the local Safer Neighbourhood Team and involved local partners to ensure that the young man was moved from the property. 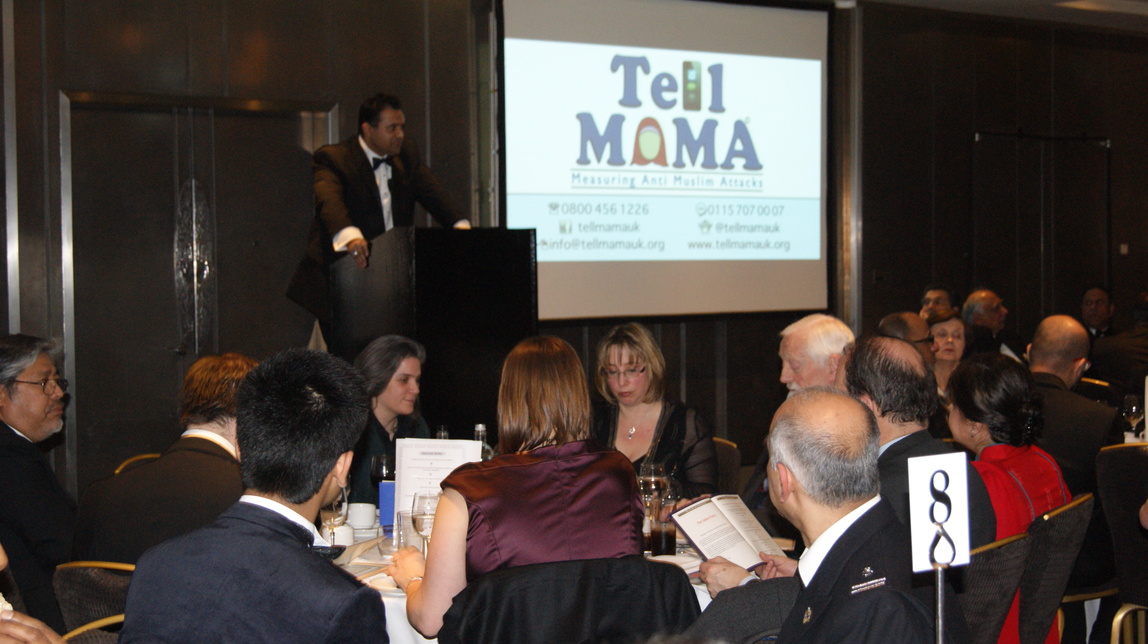 Which brings us to the following point. To do such work, you need to be inspired. The pay is low, the frustrations are great, the abuse is VERY forthcoming and some officers here will know that it comes in thick and fast against us. So why do we do it? Well, the reason is clear. About 30 years ago, the Community Security Trust, whose officers are here tonight, was formed because  Jewish communities had had enough of being abused. I recall a brief conversation that  I had with ***** ****** a few years ago and who was recently awarded a CBE for his charitable activities.  He put it succinctly, “enough was enough and action had to be taken,” he said. Today the CST is a trailblazer in hate crime work, as well as in providing security for Jewish communities and institutions across the country. They have changed hearts and minds and developed the framework for others to build on. They have been our inspiration, and so have the 89 year old woman whose words so moved us. It is they who give us the hope that the tide of anti-Muslim prejudice which is becoming so acceptable in society, can be pushed back, as the CST did with anti-Semitism.

Furthermore, we have sent a strong message to the leadership of groups like the English Defence League, that if they promote hatred of Muslims and if members of the public report those into us, we will work with forces to try and ensure a prosecution where possible. This is why a few weeks ago, Tommy Robinson, the Head of the EDL, now incarcerated at Her Majesty’s pleasure for trying to enter the US illegally (oh the irony of it), was questioned on over 30 pieces of separate electronic evidence that the TELL MAMA project provided. Even though the investigation has not continued, we have sent a clear message to him. Muslims, indeed any community, will simply not stand idly by and watch promoters of hate infect our country, our communities and our societies. It is as simple as that.