Stafford Event for Polish Families is Deeply Troubling Because of Links

An event for Polish families in Stafford on May 12 will feature a lecture by a controversial historian who has links to the neo-fascist National Radical Camp (ONR) group in Poland, a Faith Matters investigation has revealed.

The speaker, Leszek Żebrowski, was labelled an antisemite in a 2016 article published by Gazeta Wyborcza.

The event, hosted by the White Eagle Club, promises bouncy castles, a barbeque, and face painting, will also see an appearance from the controversial GROM Legion group. 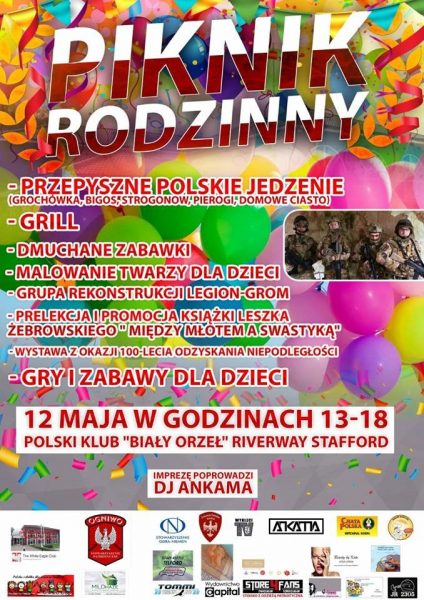 The event poster also sees sponsorship from the Ogniwo (The Link) which promotes itself as a self-styled ‘patriotic group’ but whose membership attracts neo-Nazis.

Rafal Pankowski, an academic who works for the Polish anti-hate charity Never Again, noted that Żebrowski continues to deny Polish involvement in the anti-Jewish pogroms in Jedwabne and Kielce.

Żebrowski appeared in a photograph of the Irish chapter of the ONR following a brief speaking tour in May last year which included events in Dublin, Cork, and Limerick. 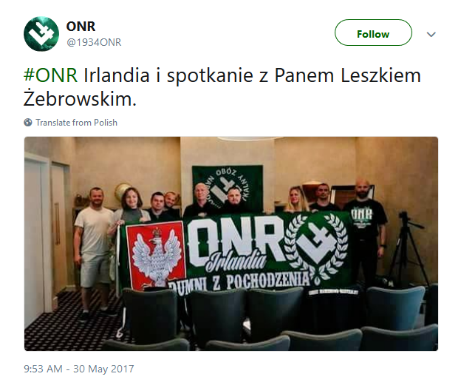 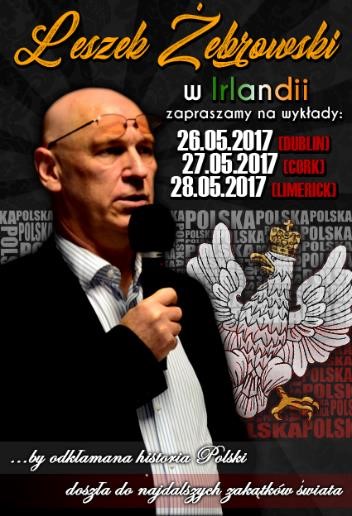 He appeared in an ONR promotional video concerning the March 1 march to commemorate the ‘cursed soldiers’ and by organising such rallies, allows the extreme right to posit themselves as torch-bearers for this form of Polish patriotism, according to the historian Rafał Wnuk. Żebrowski was also photographed at an ONR rally last year.

Commemorations for this event in Slough, London in February 2017, included an event where the extremist former priest, Jacek Międlar, infamous for his antisemitic and anti-Muslim views, was listed alongside Żebrowski as guest speakers. Międlar has twice failed to enter the UK to attend two Britain First rallies in February and June and remains banned due to his extreme views. 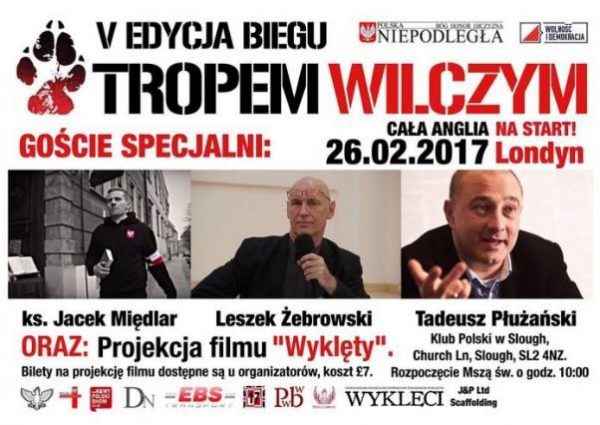 A video of the Slough event, uploaded by Piotr Szlachtowicz to YouTube, confirms Żebrowski’s presence, at the timestamp of 7:21. 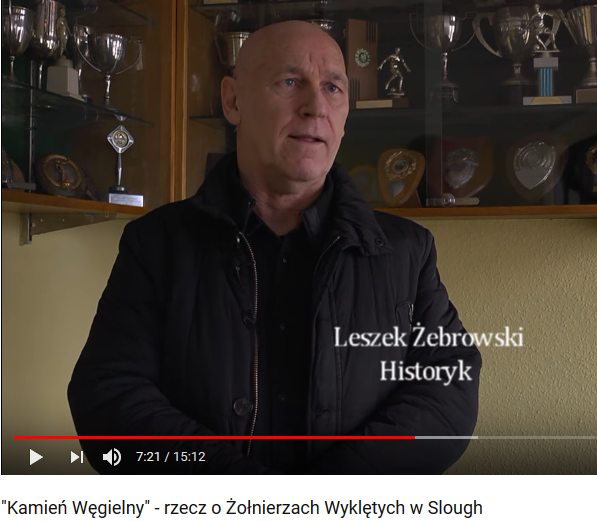 The views of Szlachtowicz do also appear in the Faith Matters report.

Razem Londyn, the London branch of the left-wing Polish political party Razem (Together), condemned the potential presence of Żebrowski and Międlar in Slough in a Facebook post on February 22, 2017.

Leszek Żebrowski shared a flyer for the same commemorative event in Slough a year earlier. 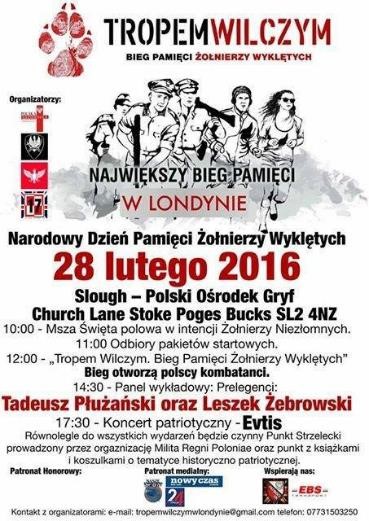 On Facebook, Żebrowski promotes the Holocaust revisionism of Jan Peczkis, who writes long screeds on Amazon and other obscure blogs. In one example Peczkis  wrote: “All attention is focused on the suffering of Jews and almost completely ignores crimes committed on the Slavic nations like Poles, treating them as second-class victims.”

Nor does this view exist in insolation, our report into contemporary and historical forms of antisemitism and anti-Muslim hatred and racism in Poland highlights how parts of the Polish right attempt to use historiography to reshape a collective memory which favours and exceptionalities Polish suffering collectively under Nazism. This form of revisionism also serves to erase discussions about how some Poles were complicit in antisemitism and antisemitic violence before, during, and after the Second World War.

This view has found ground in more mainstream circles, including in the works of Richard Lukas, who is not without controversy and has been accused by one eminent Holocaust scholar of publishing a book which ‘borders’ on antisemitism.

Peczkis has made various antisemitic comments in his Amazon reviews, including “THE USA AND EUROPEAN UNION AS TOOLS FOR PROMOTING JEWISH INTERESTS AT POLAND’S EXPENSE.” It is, therefore, no surprise to see Żebrowski promoting such views to his large Facebook audience.