The recent resignation of Tomasz Greniuch raises fundamental questions about how one of the most critically important institutions in Poland, the Institute of National Remembrance (IPN), carries out its due diligence of potential staff and why it did not intervene sooner, as Greniuch’s links to the far-right are no secret.

As our investigation reveals, Greniuch’s links to the far-right, ultranationalist National Radical Camp (ONR) run as late as 2018.

Jewish and anti-racist groups raised their concerns, with some calling for his sacking. Now, two weeks later, his tenure ends not by firing but resignation.  What due diligence did the IPN carry out? We stress that none of Greniuch’s activities was a secret, found openly on various blogs, social media, and newspapers, including information he openly shared.

Greniuch offered a public apology, published in English on the IPN website.

Faith Matters details its original investigation below, having updated the story to reflect the above.

The appointment of a former far-right activist to a local branch of the IPN has caused shock across Poland, with one major anti-racism organisation calling for his resignation.

The appointment of Tomasz Greniuch, published in a press release on February 9, was combative, insisting that Greniuch had ‘apologised’ for his ‘past mistakes’ made in his ‘youth’.

Faith Matters, however, can reveal the links to the far-right are more recent, as three speaking events in 2018 had the sponsorship of, or included Mr Greniuch speaking in front of the flags of the ultranationalist, neo-fascist National Radical Camp (ONR), having founded a local branch in Opole.

On March 16, 2018, Civitas Christiania listed Greniuch as their keynote speaker in an event sponsored by the ONR (their logo appears on the official promotional poster). 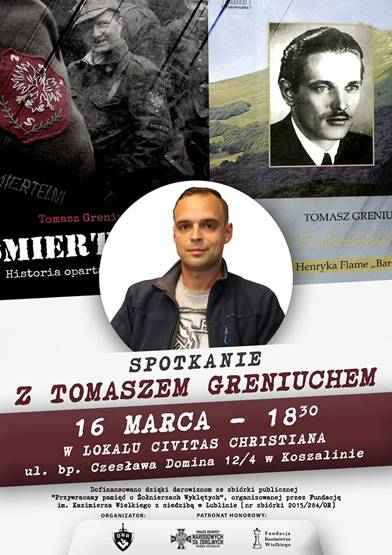 Mr Greniuch promoted the Facebook event (the text of which referenced the ONR) on a promotional page for his book Śmiertelni – Historia oparta na faktach.

The second speaking event, uploaded to YouTube on May 21, 2018, features an introduction given by a woman wearing the ONR armband, and throughout the discussion, the ONR flags appear on either side of Greniuch. 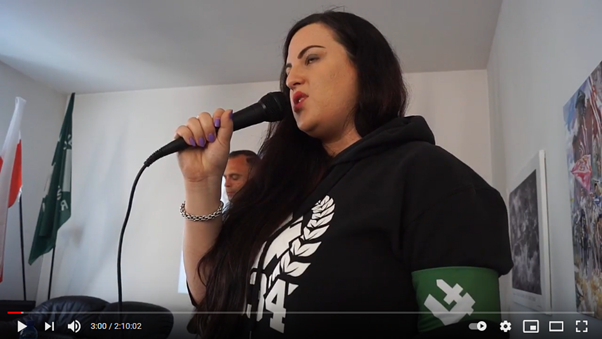 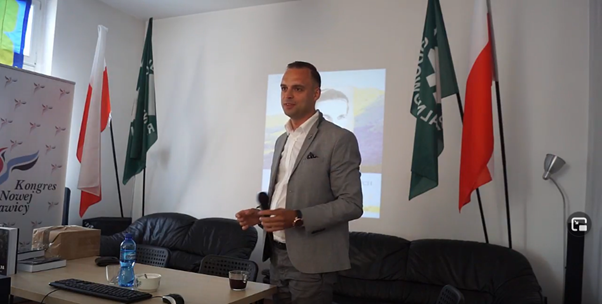 The third event, dated (per the upload on YouTube), as of September 22, 2018, featured Greniuch and was co-sponsored by a local ONR chapter (their banners and flags appear in the background throughout). 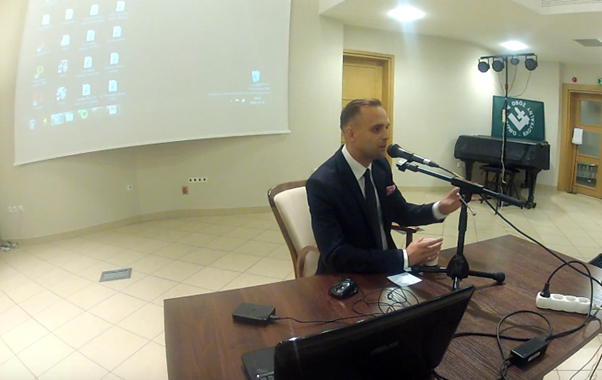 Promotional materials for another speaking event from Greniuch in February 2018 included sponsorship from the nationalist clothing brand ProPatriae. The owner of this clothing brand, Jakub Sadowski, had links to the ONR leadership, according to Oko Press.

In 2016, ProPatriae publicly thanked Greniuch for wearing their clothing on Facebook.

Other sponsors included the website Kierunki (which has retweeted ONR accounts and Twitter and gives a platform for their propaganda).

The final sponsor is Marsz Niepodległości – which organises the Independence Day marches. Its founder, Robert Bąkiewicz, was described as being an ‘important’ member of the ONR. 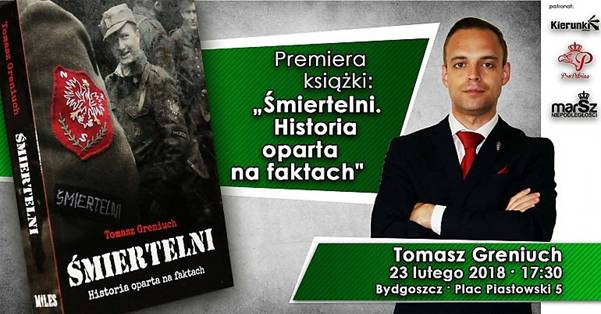 Away from far-right-sponsored events and indeed activities within Poland, as in late 2017, Greniuch spoke at the now-infamous Slough book fare event, profiled by BBC Newsnight a year later, following revelations that funds from the Polish Embassy went towards the event.

The full Newsnight investigation includes quotes from Greniuch (but does not name him). One such quote includes reference to “ethnic transformation” being “a real biological time bomb.” 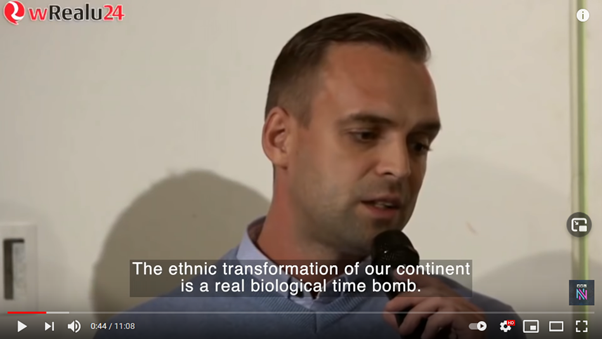 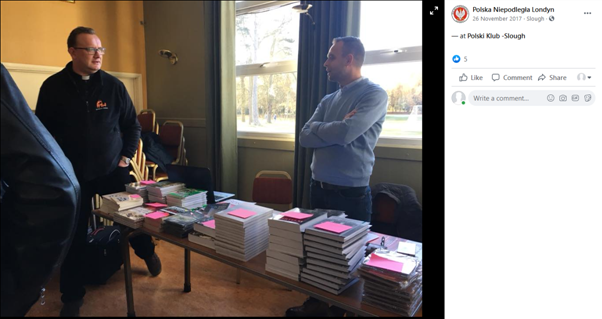 Other photos of Greniuch at the Slough event appeared on subsequent social media posts.

Various reports about Greniuch and the ONR have appeared over the years in the Polish-language media.

Nor has he escaped the attention of the English-language media either. In November 2019, the Jewish Telegraph Agency reported his appointment within the Opole branch of the IPN.

Ronald S. Lauder, President of the World Jewish Congress and Chairman of the Auschwitz-Birkenau Memorial Foundation, discussed Greniuch’s appointment in a broader article which began: “I am deeply concerned for Poland. Something is changing, and I’m afraid a country I care about deeply is moving in a very dangerous direction.”

Both Notes from Poland and Polish News report that Greniuch is “mentioned as one of the originators of the first nationalist demonstration on the occasion of Independence Day in Warsaw in 2006.”

The vice-president of Wroclaw, Sebastian Lorenc, condemned the appointment on Facebook. The anger in Wroclaw has not gone away either, with protests and even a resignation occurring.

Other politicians called for his resignation.

On Twitter, the Israeli Embassy spoke of their ‘surprise’ at the appointment, urging Greniuch to visit the Auschwitz museum.

The anti-racism organisation Never Again said: “The Institute of National Memory is one of the most important and powerful institutions in Poland. The nomination of Tomasz Greniuch to one of its key positions is shocking and disgusting. It illustrates the current breakdown of democratic values in Polish society and the strength of far-right historical revisionism and Holocaust distortion. It spits on the graves of the victims of fascism. We call for his immediate dismissal.”